Drones and the law

THE LAW AS DEFINED BY THE CIVIL AVIATION AUTHORITY 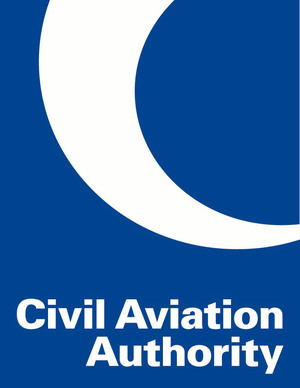 The law as set out by the Civil Aviation Authority (CAA) states that as a drone operator you cannot operate a drone and receive any form of payment in return without a Permission for Aerial Work (PFAW). This also affects the companies etc that employ drone operators and breaking this law will result in fines for both the operator and the company who hired them.

The following excerpt from the Air Navigation Order sets out the basic guidelines for drone operators and must be STRICTLY adhered to at all times. Please read through them if you have any questions about whether or not we can undertake work for you.

138 ENDANGERING SAFETY OF ANY PERSON OR PROPERTY
A person must not recklessly or negligently cause or permit an aircraft to endanger any person or property.

166 SMALL UNMANNED AIRCRAFT (SUA)
(1) A person must not cause or permit any article or animal (whether or not attached to a parachute) to be dropped from a small unmanned aircraft so as to endanger persons or property.

(2) The person in charge of a small unmanned aircraft may only fly the aircraft if reasonably satisfied that the flight can safely be made.

(3) The person in charge of a small unmanned aircraft must maintain direct, unaided visual contact with the aircraft sufficient to monitor its flight path in relation to other aircraft, persons, vehicles, vessels and structures for the purpose of avoiding collisions.

(4) The person in charge of a small unmanned aircraft which has a mass of more than 7kg excluding its fuel but including any articles or equipment installed in or attached to the aircraft at the commencement of its flight, must not fly the aircraft:

(a) In Class A, C, D or E airspace unless the permission of the appropriate air traffic control unit has been obtained.

(c) At a height of more than 400 feet above the surface unless it is flying in airspace described in sub-paragraph (a) or (b) and in accordance with the requirements for that airspace.

(5) The person in charge of a small unmanned aircraft must not fly the aircraft for the purposes of aerial work except in accordance with a permission granted by the CAA.

167 SMALL UNMANNED SURVEILLANCE AIRCRAFT (SUSA)
(1) The person in charge of a small unmanned surveillance aircraft must not fly the aircraft in any of the circumstances described in paragraph (2) except in accordance with a permission issued by the CAA.

(2) The circumstances referred to in paragraph (1) are:

(a) Over or within 150 metres of any congested area.

(b) Over or within 150 metres of an organised open-air assembly of more than 1,000 persons.

(c) Within 50 metres of any vessel, vehicle or structure which is not under the control of the person in charge of the aircraft, or

(3) Subject to paragraph (4), during take-off or landing, a small unmanned surveillance aircraft must not be flown within 30 metres of any person.

The Air Navigation Order is 569 pages long. Here is the direct link to the full document – http://publicapps.caa.co.uk/modalapplication.aspx?appid=11&mode=detail&id=226